There are two ways to go about ISTA testing. The first involves sending product and packaging samples (over-packaged or prior to placing products in packaging to ensure the quality of the samples for testing) to the ISTA lab itself for testing and awaiting the results. The other way is by working with a packaging company that has an ISTA certified testing lab like Jamestown Container, who can test your products in-house and then send the results to ISTA to receive final certification.

Before we break into specific testing criteria, there are a few standard processes that apply to all tests mentioned below that should be pointed out first. For each test, a sample of the actual product in the untested packaging (or as close as possible) should be used. ISTA requires each test to be completed one time, but recommends completing procedures five or more times with a new sample each time for the most accurate results.

Keep reading to learn more about the specific ISTA testing that Jamestown Container’s in-house certified lab can perform to ensure the structural integrity of our packaging products.

Called Non-Simulation Integrity Performance Tests, ISTA 1 Series tests are the baseline of ISTA certification. They determine the strength of a package against movement and potential transport hazards without fully simulating actual hazard situations. These are considered screening tests and are useful for comparing different packaging options early in the design process and in determining consistent benchmarks for integrity that packaging should follow.

At Jamestown Container’s certified ISTA testing lab, we can perform procedures 1A–1E. Here is an overview of what each of these tests entails.

These two procedures are initial integrity testing for individually packaged products. 1A is for an individual product in its package weighing 150 lbs (68 kg) or less and 1B is for those that weigh more than 150 lbs.

1A and 1B each test packaging in three different parts: the first against ambient atmospheric conditions of temperature and humidity, the second against vibrations like those that may occur during transport, and the third against drops or impacts. The third sequence is called shock testing and uses equipment like a free-fall drop tester, vertical shock test machine, or inclined or horizontal impact testing system to see how a package may fare during handling drops or impacts.

Tests 1–3 in 1B are similar to 1A, except that the shock tests involve different drop heights or impact velocities. There is also an additional fourth sequence of shock testing called a rotational edge drop that is required for 1B ISTA certification only if the other sequences are not testing the flat surface of the package identified as face 1.

These are extended integrity tests for individually packaged products, with 1C testing product/package combinations weighing 150 lbs (68 kg) or less and 1D testing those that weigh more than 150lbs. These involve further testing of the packaging against ambient atmospheric conditions like temperature and humidity, vibrations, and shocks like drops or impacts, but also include compression testing (second in the sequence) for packages that need to withstand warehouse stacking loads.

While vibration testing in 1A and 1B is under the fixed displacement category (which consists of rotary and vertical linear motion), the vibrational testing in 1C and 1D also uses random vertical, horizontal, and multi-axis motion. Compression sequences can include apply and release and apply and hold tests using either a standard compression test system or a weight and load spreader. Like 1B, 1D differs from 1C in its shock testing drop heights/impact velocities and in the inclusion of a final shock test sequence centering on a rotational edge drop.

The final ISTA testing 1 Series procedure that Jamestown is qualified to perform is 1E , which is integrity testing for unitized loads. Unitized loads are one or more of the same packaged or unpackaged products that are secured together during distribution, usually on either a skid or a pallet. For instance, a group of identical individually packaged products that are stretch-wrapped together would constitute a unitized load, as would one machine secured to a pallet.

1E follows similar testing procedures to that of 1B, except its vibrational testing can use either vertical linear fixed displacement testing or random testing, and the first set of shock testing is specifically focused on impacts rather than drops. Its final rotational edge drop shock sequence is also always required for ISTA certification.

ISTA’s 2 Series includes partial simulation tests that are the next step up in challenging a package’s ability to withstand transportational hazards by simulating some, but not all, of the actual hazards that they may encounter. These combine both basic tests like the ones included in 1 Series with some advanced testing similar to ISTA’s 3 Series.

At Jamestown Container’s certified ISTA testing lab, we can perform procedures 2A–2C. Here is an overview of what each of these tests entails.

The third is a compression test using one of the following methods — machine apply and release, machine apply and hold, or weight and load spreader. The fourth and sixth tests use fixed displacement or random vibration, with shock testing consisting of either drop or horizontal or incline impact methods coming in-between. The vibration testing can be the same for both four and six in the sequence, or use one of each method, as long as this is clearly marked on testing documentation.

The final test that Jamestown Container’s certified ISTA testing lab can perform is a partial simulation test for individually packaged furniture products transported in a container, also known as case goods. It’s sequence is separated into four parts, starting, like all other procedures we’ve discussed, with atmospheric preconditioning at ambient temperature and humidity.

The second part of the sequence involves optional controlled temperature and humidity testing. A vibration test follows, requiring random vibrations under a dynamic load. The fourth and final portion is shock testing for either drops or impacts. In 2C, testing levels vary based on product size, weight, and distribution channel.

As mentioned throughout this blog, Jamestown Container Companies conducts ISTA testing at its certified lab in Jamestown, New York — ensuring superior packaging designs that are structurally sound and minimize product damage. For more than 65 years, companies have been trusting Jamestown to face their toughest packaging challenges with expert experience- and testing-backed solutions.

Contact Jamestown today for packaging you can trust to keep your products safe in transit. 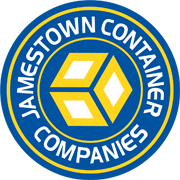 Jamestown Container Companies has been helping companies navigate their packaging and shipping challenges with innovative solutions since 1956. We're a family owned and operated organization, and we're dedicated to being a partner to all of our customers from initial concept to the moment their products reach their final destination. 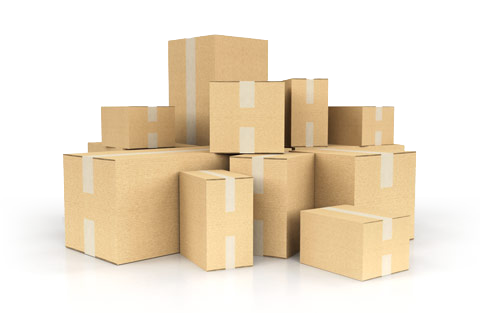 A full array of folders, mailers, bags, tapes, stock boxes, strapping, and tubes are conveniently offered through our online store.

Ready to take a fresh look at your packaging?